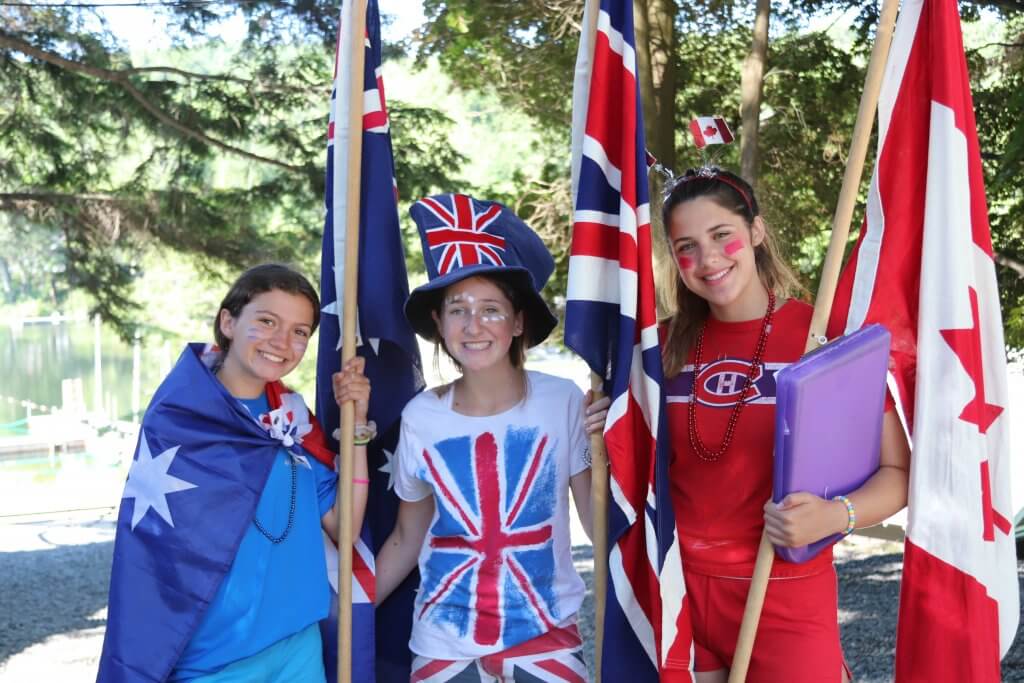 Our second week of camp was filled with hot days, extra swims, and a whole lot of hydration! We are so lucky to be situated on Center Pond during normal days let alone heat waves!

Sunday kicked off the week with the introduction of our 2018 Big Brother/Little Brother and Big Sister/Little Sister program. The kids loved meeting their “Bigs” and spending time with them. The afternoon was our Sports-a-Rama Apache relay which gave everyone an awesome taste of Color War.

Monday was our Annual Photo Day. Long time camp photographer, Walter, returned once again to capture all of the smiles. Monday night was a busy Sports-a-rama evening with football, soccer, tennis, basketball, and more active on all of the fields.

Tuesday was a day filled with “firsts!” The Cooking hobby is themed “Dairy” this week and they kicked off by going to a Dairy Farm and got to milk a cow! They brought back to camp the fresh milk then made ricotta cheese and homemade ice cream. Yum! Tuesday night we really went crazy and cancelled evening activity and had a Beach Party! It was one of the most spontaneous, fun nights of camp!

Wednesday was July 4th. A normal morning followed by our traditional Red, White, and Blue Day! Water Balloon Battleship, Capture the flag with water buckets and sponges, Slip-n-slide Kickball were some of the activities played. The afternoon culminated in our 2nd Annual Waiter/TIC Chaos! The marquis relay of the day includes cracking an egg on their head, dizzy bat, catching chocolate dipped tennis balls in their shirt, hunting for pennies in a bowl of oatmeal, sitting in an ice bath and belly flopping onto a mattress. It’s gross and crazy and a highlight for the younger campers to watch our oldest campers get messy! Wednesday night we welcomed back the Court Jesters- a basketball show on Boys Court.

Thursday was a busy day of intercamps with B8 Flag Football at Mah-kee-nac, B6 Soccer at Winadu and our first day of golf at the Cranwell. Thursday night was the annual Boys Belly Flop contest, won by Alejandro! The girls enjoyed their annual Hunt the Counselor event where campers search all over camp looking for counselors who are all worth a different amount of points. Congratulations to the winning cabin of Cayuga!

Friday was the kick off to our Riding Program while the Debs/Cadets went to the Zerbini Family Circus in Dalton! It was a great afternoon for all! Friday night was our first all-camp Campfire where campers and staff alike shared talents on the guitar, sang beautiful songs, acted out skits, and danced around the fire. Drew and Britton ended the night by reading We’re all Wonders and promoting the message of #choosekind. 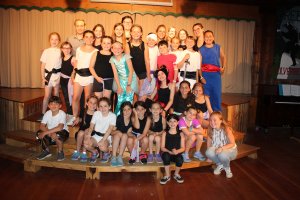 Saturday was another beautiful day at camp followed by an even more awesome night. The cast of Aladdin Jr. blew us all away with what may have been the best Junior Camp show ever! Not only was it adorable but so also well-rehearsed and incredible dynamic. The set design and props, all created and painted by campers, were equally fabulous. Kudos to Catherine and Carter for an amazing production and huge congratulations to the cast and crew of the show!

British Empire, a girls camp Color-War-like activity took place Sunday. The girls camp was split into three teams led by: Maxine Daspin (Great Britain), Chloe Lewis (Canada), and Grace Holzman-Hansen (Australia). It was a busy day of land sports, a swim meet, track meet, and group cheer competition. There was spirit in the air and Canada brought home the victory! While the girls were doing British Empire Day, the Big/Little Brother’s had Soap Box Regatta where they built boats out of cardboard, garbage bags, duct tape and a crate. The rest of the boys had age group activities and a general swim to cool off!

It’s been an exciting week at Watitoh. The weather broke and we have had one gorgeous day after another. The upcoming week will be busy with the all camp sing rehearsals, intercamp games, Birthday Banquet and Tom Carroll, and welcoming parents on Saturday for Visiting Day! Until then…