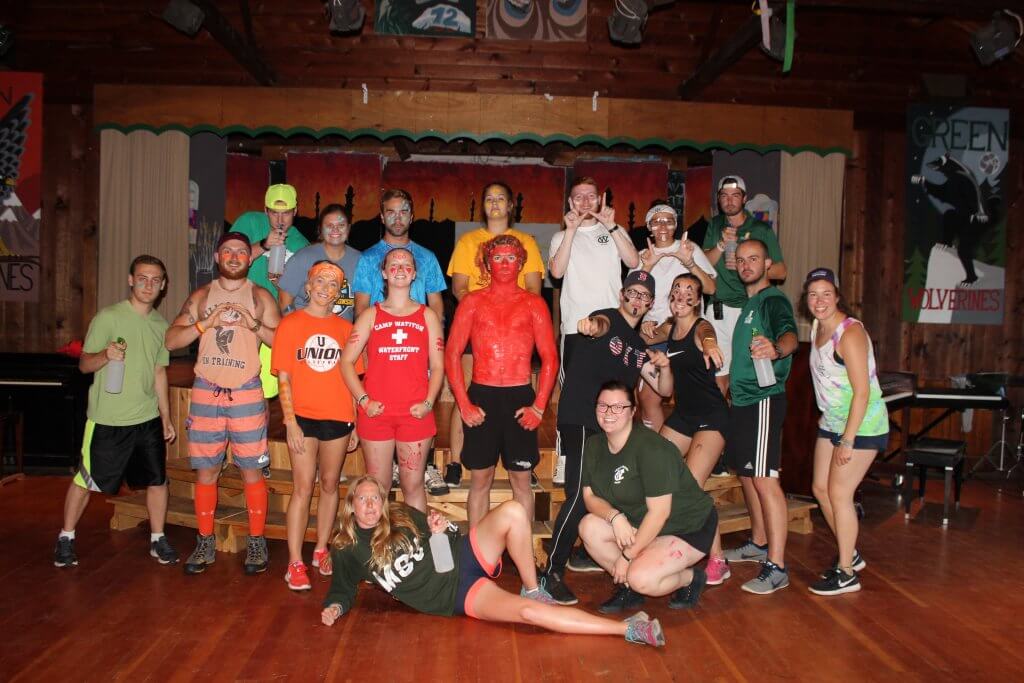 Week Five is over and done with but the memories of the past week remain. Our 3-week campers arrived on Sunday and we hit the ground running with a Special Event Day on Monday!

Monday morning was a late sleep followed by an awesome game of Minute-to-Win-It! The Field House was transformed into minute-long challenges where everyone competed against themselves. The afternoon was our annual “Pageant” where campers are paired up with the opposite gender bunk and have to dress their counselors up in pairs. Congrats to Cardi B and Offset for their winning costumes! Monday night the sun shined through and Sports-a-Rama filled the fields! 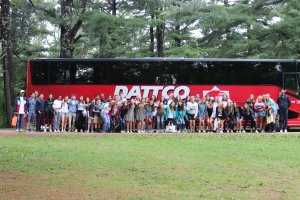 On Wednesday we introduced a new game to Watitoh…”Play Your Cards Right!” An old British favorite game show, Program Director Joe, built the board, made the cards, and thought of all the trivia questions. Campers with their bunks competed against each other to answer questions and put life-size playing cards in order from highest to lowest or vice versa.

Thursday was the Upper Senior (Boys and Girls) and TIC trip to Boston. They visited Harvard University, Faneuil Hall, the Prudential Center, and had dinner at Fire and Ice (Hibachi!) They had a great time enjoying the sites and exploring the city. Back at camp, we enjoyed a full day of activities followed by an outdoor picnic BBQ and the Rainbow Games for Evening Activity. Campers ran all over camp looking for people dressed in colors. Once the colors were found, the bunk completed a task asked of them and were given a stripe on their arm. Once they got all the colors, they won…except…out came the Greenie Meanies!! Green people with water bottles ran around camp tagging campers and erasing their colors!! Congrats to Niantic for winning the 2018 Rainbow Games!

Friday was an exciting Gymnastics Meet at Romaca followed by the girls camp favorite, MTV Night! Congrats to Shoshoni (3rd place), Cayuga (2nd place) and the TICS (1st place) for awesome performances. Major kudos to all of girls camp for a job well done! Boys camp Mario Cart got rescheduled due to rain and they enjoyed a movie in the gym.

Saturday we welcomed over 25 prospective families for our Dream Day! The weather held out and the whole camp got to show off how awesome Watitoh is to our future campers. The spirit was at an all- time high in the mess hall as Color War is starting to be in the air!! Saturday night was one of the most awesome Staff Talent Shows that we have ever seen on the Watitoh stage. Major kudos to our very talented staff and their ability to perform on stage and keep us laughing and entertained. Sunday was a late sleep with separate boys and girls activity in the morning. The boys played Quidditch while the girls had a photo scavenger hunt around camp. In the afternoon, we turned the whole Oval into the Watitoh Carnival! Games, the Bouncy House, Sno-Cones, Cotton Candy, and a lot of fun was had by all!! Sunday night was Costume Social where we saw the leadership team all dressed up as food only to have a “food fight” in the middle of the party! Campers dressed up as “camp famous” people, athletes, rock stars, M&Ms, superheroes, and more! It was a colorful night to say the least!!

With two weeks left in the summer of 2018, we couldn’t be more excited for what’s to come! Hang on tight…it’s going to be an awesome ride!!!